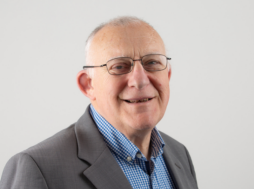 Philip joined the Board in 2015, is Chair of the Audit, Risk & Governance Committee.

A graduate of Queen’s University Belfast, he joined Cooper Brothers & Co in 1971 as an articled clerk (Cooper Brothers & Co eventually through several mergers became PricewaterhouseCoopers).  He was a partner in PWC and predecessor firms from 1982 specialising in SMEs and tax and he retired in 2008.  He is treasurer for various organisations and Glebewarden of Saint Patrick’s Parish Church, Drumbeg.  He is also a Member of Northern Ireland Scout Council.