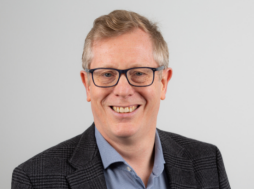 Mark joined Co-Ownership in 2015 as Executive Director, Property and Development, before taking up the role of Chief Executive in 2016.

He had previously held a number of senior management positions in the Northern Ireland Housing Executive, latterly managing the Northern Ireland social housing development programme and having also led major change initiatives in areas such as ICT-enabled transformation and large scale organisation redesign. He is one of the early champions in introducing to Northern Ireland best practice programme and project management methodologies and has been a review team leader for a number of reviews of high risk government projects. He has also a strong interest in housing policy and organisational governance.